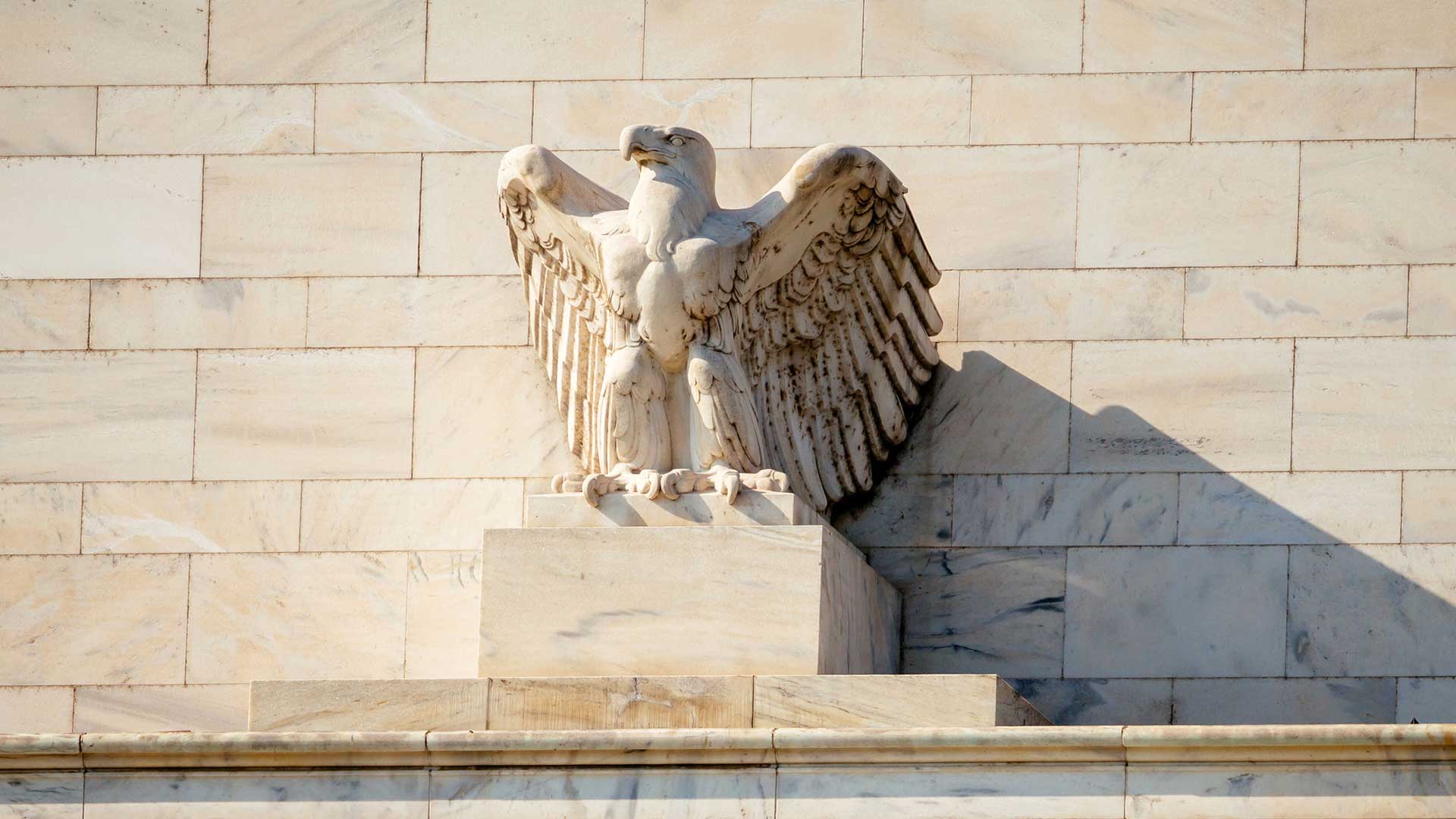 The Federal Reserve doesn’t control mortgage rates. But it’s had an outsized impact on them during the coronavirus pandemic.

The Fed has bought billions of dollars worth of consumer mortgages over the past year in a bid to keep rates low during COVID.

And it worked — mortgage rates have hit record lows 16 times since March 2020.

The Fed is set to continue this mortgage bond-buying program in 2021, along with its current low-interest-rate policy.

That means borrowers should expect to see low home buying and refinance rates throughout the year.

In this article (Skip to…)

What happens at Federal Reserve meetings?

The FOMC meets eight times annually on a pre-determined schedule, and on an emergency basis, when needed, as was required between 2008-2011 when the U.S. economy was staving off depression; and in 2013 when the U.S. government failed to raise its debt limit.

The FOMC’s most well-known role worldwide is as keeper of the federal funds rate. But how exactly does the fed funds rate impact your wallet?

The Federal Reserve does not control mortgage rates — usually

It’s a common belief that the Federal Reserve “makes” consumer mortgage rates. In fact, it doesn’t. Mortgage rates are made on Wall Street.

Here’s proof: Over the last two decades, the fed funds rate and the average 30-year fixed mortgage rate have differed by more than 5%, and by as little as 0.50%.

If the fed funds rate were truly linked to U.S. mortgage rates, the difference between the two rates would be linear or logarithmic — not jagged.

That said, the Fed does exert an influence on today’s mortgage rates.

After its scheduled meetings, the FOMC issues a press release to the public which highlights the group’s economic opinions and consensus.

Economic news has been overwhelmingly negative this year due to COVID.

As a result, interest rates — including mortgage rates — have steadily declined.

How the Fed has impacted mortgage rate lately

Normally, the Fed’s impact on mortgage rates is indirect at best (as we’ll describe in more detail below).

But the Federal Reserve does have one avenue to directly impact mortgage rates.

QE happens when the Fed injects money into the U.S. economy in order to keep rates low — and by extension, keep consumers borrowing money and dollars circulating.

Just look at what the Fed did in the early stages of the COVID-19 pandemic. Since March 2020, it’s bought billions of dollars worth of consumer mortgages on the secondary marketplace.

More capital in the secondary marketplace means lower rates for borrowers. Thanks to the Fed’s cash injection, mortgage rates hit — and stayed at — record lows for going on nine months.

But that statement now comes with a big asterisk, as it’s become clear what a big impact the Federal Reserve can have on interest rates when need be.

What does it mean when the Federal Reserve cuts interest rates?

The fed funds rate is the prescribed rate at which banks lend money to each other on an overnight basis.

When the fed funds rate is low, the Fed is attempting to promote economic growth. This is because the fed funds fate is correlated to Prime Rate, which is the basis of most bank lending including many business loans and consumer credit cards.

For the Federal Reserve, manipulating the fed funds rate is one way to manage its dual-charter of fostering maximum employment and maintaining stable prices.

However, a low fed funds rate creates wage pressure and promotes risk-taking, both of which can quickly lead to inflation (i.e. rising prices).

For this reason, the Federal Reserve ended its zero-interest rate policy in December 2015, raising rates by 25 basis points (0.25%) for the first time in more than a decade.

However, the Fed move did not lead to an increase in consumer mortgage rates. On the contrary, mortgage rates dropped more than 50 basis points (0.50%) after the Fed’s late-2015 move.

The Federal Reserve can affect today’s mortgage rates, but it cannot set them.

The Fed does more than just set the fed funds rate. It also gives economic guidance to markets.

For rate shoppers, one of the key messages for which to listen is the one the Fed spreads on inflation. Inflation is the enemy of mortgage bonds and, in general, when inflation pressures are growing, mortgage rates are rising.

The link between inflation rates and mortgage rates is direct, as homeowners in the early-1980s experienced.

High inflation rates at the time led to the highest mortgage rates ever. 30-year mortgage rates went for over 17 percent (as an entire generation of borrowers will remind you), and 15-year loans weren’t much better.

Inflation is an economic term describing the loss of purchasing power. When inflation is present within an economy, more of the same currency is required to purchase the same number of goods.

We experience inflation at the grocery store.

A gallon of milk used to cost $2. Today, it costs $3. More money is required to purchase the same amount of milk because each dollar holds less value.

When inflation is present in the economy, then, the value of a mortgage bond drops, which leads to higher mortgage rates.

This is why the Fed’s comments on inflation are closely watched by Wall Street. The more inflationary pressures the Fed fingers in the economy, the more likely it is that mortgage rates will rise.

What is the Federal Reserve?

The Federal Reserve is the central bank of the U.S. It’s an independent body (not controlled by the government) tasked with managing the country’s currency and monetary policy, and keeping the economy stable. In more relatable terms, the Federal Reserve influences things like the interest rates you pay on a credit card or business loan. The Fed also has influence over the prices you pay for everyday goods and services, since it helps manage inflation.

What does the Federal Reserve do?

In broad strokes, the Fed’s job is to keep American economic growth stable. It does this by managing U.S. currency, setting interest rates for lending, and keeping inflation in check through a variety of monetary policies. Overall, the Fed tries to keep inflation and interest low enough that consumer businesses and spending stay strong — but high enough that the economy doesn’t stagnate.

Why was the Federal Reserve created?

The Federal Reserve was created in 1913, with the signing of the Federal Reserve Act. In the Federal Reserve’s own words, it was created to “provide the nation with a safer, more flexible, and more stable monetary and financial system.” Put differently, the Fed uses its influence over monetary policy and banks to help ensure the economy doesn’t grow or shrink too quickly. The goal is to keep prices stable enough that consumers can afford to spend and borrow, and businesses can stay afloat and provide steady employment.

Why does the Fed raise interest rates?

Periodically, the Fed raises interest rates. More specifically, it raises the federal funds rate, which in turn impacts borrowers’ interest rates on things like credit cards and home equity loans, and, more indirectly, fixed-rate home loans. So why does the Fed raise interest rates at all? Because it helps keep inflation in check. When rates are too low, cheap borrowing can overheat an economy. Prices rise as demand for goods and services goes up. But the Fed can counteract inflation by increasing rates, thereby curbing consumption. Conversely, the Fed can fight deflation by lowering interest rates. Cheap money spurs spending and demand for goods, helping to increase prices in an economy.

What is the fed funds rate?

Who controls the federal reserve

Importantly, no branch of government controls the Federal Reserve. It’s an independent body made up of a Board of Governors and 12 Federal Reserve Banks across the country. The seven board members, as well as a rotating cast of Federal Reserve Bank presidents, make up the FOMC (Federal Reserve Open Market Committee) — the Fed’s governing body. The FOMC meets every 8 weeks to evaluate interest rate policy.

What are today’s mortgage rates?

The Federal Reserve adjourns from its scheduled meeting on Wednesday afternoon.

Current mortgage pricing isn’t predicted to change, but there are no guarantees when it comes to interest rates.

Take a look at today’s real mortgage rates now. Mortgage quotes are readily available and you can start in minutes.

What Is a Mortgage and How Does It Work?